eCommerce Blog - Ecommerce News, Sell Online With CloudCart > How to start an online store > [PART 2] – False eCommerce Expectations You Need To Be Aware Of ( And That May Cause You Loose Money )

inHow to start an online store

Okay folks, by now, probably you have the whole idea about your online business, and you are ready to make your business up and running. You can see the success already happening. And let’s be honest, 50% of the job is already done, what follows next is just to follow the plan, step-by-step and our team will be with you and help you one-on-one to make your first sales. But wait… it that all?

Here is why most of the businesses fail and how you can learn from their mistakes and avoid failure and bring your business to the top level.

After we have analyzed the market for years, helped thousands of online businesses to succeed, ran dozens of online campaigns, made a ten and millions of dollars every single year, we found something very common in the businesses that fail.

A lot of the entrepreneurs have incredible business plans but they are not in the right headspace to build a successful online business. It’s like having all the right tools, but failing to use them. Now we are going to share their biggest mistakes. And hell yeah, you will definitely learn how to avoid them.

When we think of the word ‘race’ the word itself implies that its competition between the losers and winners.  No one is a loser in this journey. The market river is so big that it almost doesn’t end and there is space for everybody.

Especially when the technology still grows, you will start to witness more growing of the limitless possibilities there are in the online market. Someone can succeed earlier than the other, and someone should work a little bit more – the path is different for everybody. Actually..

Showing up every day and taking the next step from your master plan is that it’s going to bring you the success. You shouldn’t be worrying about what others people are doing or saying. There are a lof of people who will come to you and say you that you won’t succeed.

Or there will be a lot of times when you will prefer to browse FaceBook or watch a movie instead of working on your business. The paths for failures are a lot. The important thing here is not to expect that the money will grow from the trees without doing anything – that’s not going to happen.

There is no lazy path. If you find a way to make money without doing anything – call us, we well be glad to hear your little secret J

Someone’s success doesn’t make it harder for you to succeed. If there is anything could think of, it’s actually that someone’s success is showing you that it is possible for you too. An example of a scarcity mindset will be like “If it doesn’t work out, then I’m failed.“.

The abundance mindset instead is “If it doesn’t work out the first time, I adapt and move forward.” And one thing you need to keep in mind on this is that people are afraid someone is going to steal their product or someone is already selling their product, and they will not succeed, and that is not going to happen.

You don’t need to thing about someone stealing your product, and that you are going to bankrupt.

You probably have heard of the ‘Standford marshmallow experiment.’ What it is in its nutshell is that serious studies have been done In the delayed gratification in late 1960. It was led by a psychologist Walter Mischel who was a professor at Standford at this time.

They left this kid in a room and said to the children not to eat it for fifteen minutes is the child wanted a double reward.

What the researcher found when the followed up those kids throughout the rest of their lives was that the kids who were able to wait longer for the double reward happened to have better outcomes in life. They had better educational results, higher rank in the social status, made more money, having lower body mass and having a more successful life.

So trough this experiment it turned out that the kids who delay their reward for a bigger prize at the end did better. And this is similar to your business when it comes to making choices. So you might be tempted the first time when you earn money to take off your business and do nothing more.

We would advise you when you make your first sales to reinvest your money back in your business that you can grow it faster.

At times the path from A to B is not going to be the best. For example, if the direct route somewhere has a traffic jam then the path that seems longer might be twice faster. Sometimes the path may seem to you hard and long, but be the most beneficial from all.

So you never know what is going to end up being the benefit which is why is good to have the sort of frame that “It’s a journey is not a race, and the goal is to make a steep each day. “

This is where 80% of the people fail – they just don’t start. They learn and learn and read and learn, they say to the people how big ideas they have, and how much money are they going to have, but never actually start. You’ve got to establish a ratio – you should at least one hour of implementation to every hour of study.

So this article is going to help you gain experience, and when you register your seller account, you will have free access to better information to any new eCommerce business owners right now. But experience is where you learn the most, so we are giving you this Millionaire Ecommerce Business Master Plan to get your hands dirty and getting your experience.

So set up a ratio for yourself – the amount of time you spend on consuming information you will also spend in implementation.

Most of the businesses fail because their owners realize that the reality is different from what they have read about. So remember what the Polish-American scientist and philosopher Alfred Korzybski said: “The map is not the territory”; which was that abstraction of something is not the thing itself.

Many, many people confuse maps with the territory, and they confuse models of reality with the reality of itself. So what you want to do is to use this article-tutorial as a model to start and then get into the specifics of what happens and adjust from there.

A lot of people may say you that you shouldn’t act just based on emotions – well they are right by 50%. The thing about emotions is that they fuel movement (e-motion -> makes you move). And logic is what makes the decisions.

You have to use both of them in the proper rule, but if you run an ad and it doesn’t immediately work, well you might take it personally and say “I’m bad at advertising, and I will never do it again.” Well, that mindset would be not the way to go because it’s emotional way of judging yourself negatively in that context.

However, if that same thing happen and then you say “Okey, it’s just one test at a time, it’s unlikely to work at the first time unless you are super lucky” and you just start a new ad and learn from the previous experience.

In that way, you use the emotion to get yourself to get recommitted, and then you logically examine what you need to change to get a better outcome. So you want to be using emotion and logic 50% – 50% in a way that you can take logical decisions and use emotion in a positive way to fuel your actions.

Remember that 90% of the startup businesses failure because one of those mistakes and this one particularly is one of the tops. They just don’t use this rule in a productive way hence – they fail.

If you wait until you have all the information to make a decision you will never get started. Of course making the decision blindly is foolish, but then on the other side, the one who hesitates will lose. And they are both true, so what you want to do is to focus on getting the most information you can for the quickest amount of time you can and then take action and make the things move and see what happens.

The fastest you can implement your master plan over and over the better, you will become on speed implementation.So those were one of the biggest reason why 90% of the online businesses fail and how to avoid their mistakes. Just by knowing this information you are already in your path to succeed and be part of the 10% of the online businesses the crush it on the market and make the big money. 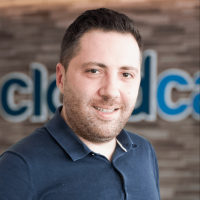 Customize the automatic email notifications to your customers! How to Boost Your Sales with 100% by Understanding Your Customers?
Comment
[PART 3] How To Set your eCommerce Seller Account To Skyrocket Your Sales